The old adage is that the pen is mightier than the Sword. We all have said and/or done things we wish we could take back. They often occur with those we love most. 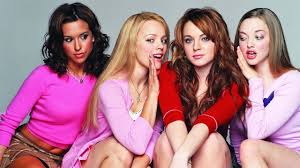 The old adage is that the pen is mightier than the Sword. We all have said and/or done things we wish we could take back. They often occur with those we love most.

When I was in eighth grade there was a woman who was overweight. Some friends and I called her fat. At fourteen should we have responsibility for what we say or are we young and naive and don’t understand the power of our words?

The truth is probably somewhere in between. After we said it, she went out of the classroom crying. I remember it being in science class. It’s something I have always regretting saying since. I am friends with the woman on facebook. She no longer lives in the area.

She is married with children and I am glad to see she is living a seemingly normal life. We often don’t know how what we do or say can impact a person’s life.

The other event came as an adult. Arguments with our significant others can often hurt the most. This is the person who is supposed to love us, protect us and be our most loyal confident.

This particular disagreement occurred in what became a turbulent summer for us. Before I got in some trouble and she became very sick from an illness in the middle of an argument I said ” I hope you die”

I had even thought that about another person only once in my life. That came in sixth grade and my best friend’s father would not allow us to play basketball in their driveway because they had just put new sod down. I was upset and thought to myself I hope he dies.

A relatively short time after that my friend’s sister who was only a year or two older than us found their father passed out in the shower. He had a heart attack and died at the age of 38.

Since that time I had tried as much as I could to carefully choose my words. These are not thoughts and actions I am proud of. We can all learn from our mistakes at any age. It’s often difficult to think something through in the heat of the moment. Everyone has done or said something in their life they would like to take back. As we get older, hopefully, those actions diminish.